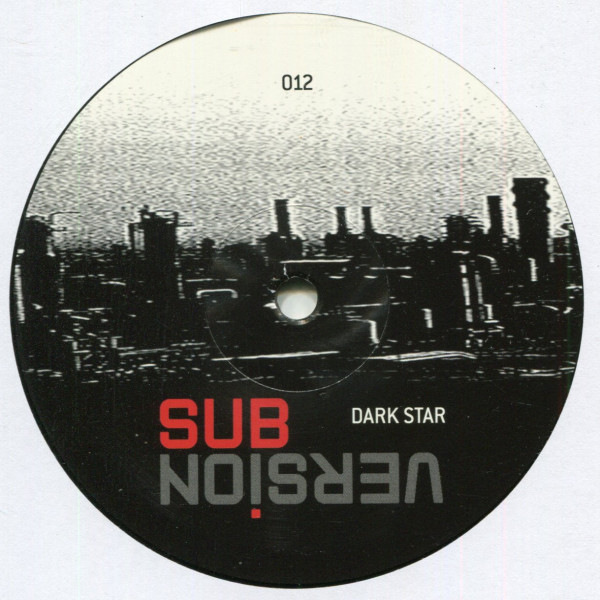 Sub/Version is the sister label to Praxis dedicated to hard and dark drum’n’bass, epic breakcore and bass exploration. Sub/Version was mainly active on the vinyl front between 1997 and 2009 with a range of releases by founders Pure and Fringeli as well as Amboss, Crisis Theory, DJ Hidden, DJ Scud, Hecate/Etaceh, Kovert, and Vile Enginez, and also included remixes by Panacea and Fennesz.

In the following years the Sub/Version project was put on the back burner, but it’s not over: With Sub/Version 012 we take a look at the beginnings of the label, re-releasing the first two installments of the series: Dark Star, which appeared as a one-sided 12” in 1997 and (the A-side of) Anti-Christ, which appeared the following year. The original B-Side of Anti-Christ, A.C., is available as a bonus download track.

Both tracks were written and produced by Christoph Fringeli and Peter Votava, aka DJ Pure, in Vienna at Pure’s studio. They represent a turning point in the mutation of hardcore and breakcore clashing with the then emerging techstep sound and contain various references effectively creating something like industrial drum’n’bass, while going beyond either genre’s limitations.

With the limited vinyl release of Sub/Version 012 we present them in 2021 as key examples of an incredibly rough and intense sound in all its unpolished glory!