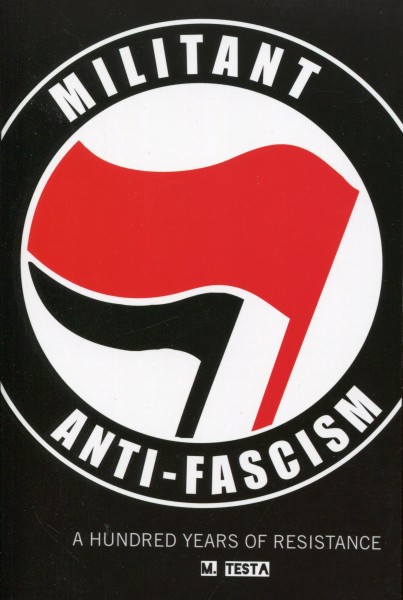 Description Evaluations 0
Description
Fascism is not a thing of the past. In this era of crisis and austerity, it is growing even... more
Close menu
Product information "M. Testa: Militant Anti-Fascism"

Fascism is not a thing of the past. In this era of crisis and austerity, it is growing even stronger. The question is: How do we stop it?

According to M. Testa, the fight against it must be aggressive and unrelenting. Using a mixture of orthodox history, eyewitness accounts, and unflinching analysis, he makes the case for a resolutely militant anti-fascism, one that gives no quarter and tolerates no excuses. Unlike other partisan accounts of contemporary battles against fascism and ultra-nationalism, Militant Anti-Fascism takes us from proto-fascists in nineteenth-century Austria to modern-day street-fights in London, providing a broad context for its arguments and looking at numerous countries over a longer period of time. The result is both a serious historical study and a story of victory and struggle, past and present, designed to inspire and energise militants.

Lay aside, as Testa does, your faith in liberal, legislative, and state-approved approaches to today’s fascist threat. Start by reading this provocative and unapologetic overview of militant anti-fascism and the strategies that have successfully confronted the far right when it has reappeared in its many guises.

Malatesta, undercover anti-fascist blogger, has analyzed the changing fortunes of the British far right since 2009. He has written for the anarchist magazine Freedom and is a member of the Anti-Fascist Network.