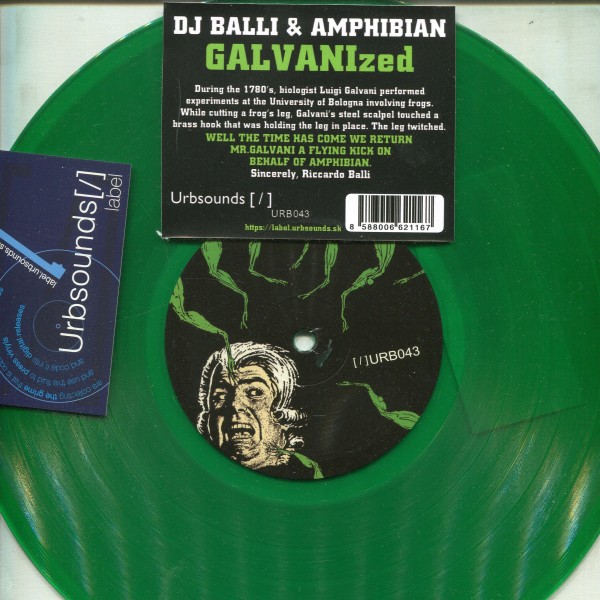 "During the 1780s, biologist Luigi Galvani performed experiments at the University of Bologna involving frogs. While cutting a frog's leg, Galvani's steel scalpel touched a brass hook that was holding the leg in place. The leg twitched. Well the time has come we return Mr. Galvani a flying kick on behalf of Amphibian. Sincerely, Riccardo Balli"

Released by Urbsounds as a 10" on green translucent vinyl including a download code.