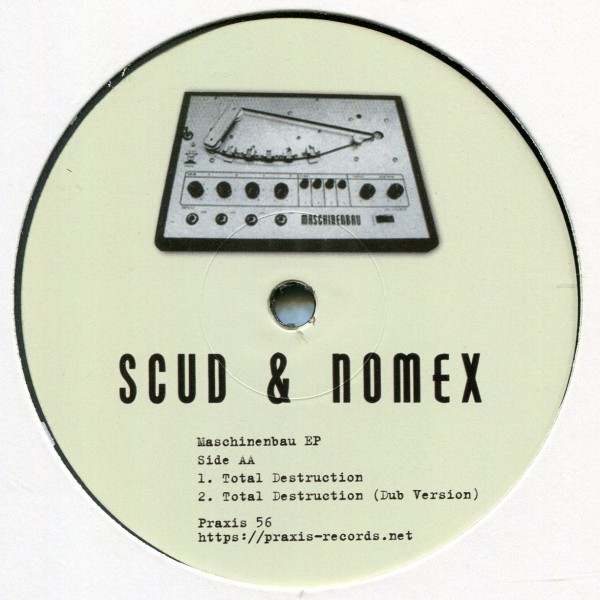 Maschinenbau was a label run by DJ Scud from Ambush and Nomex from Adverse which released only two 7”s in 1997/98. The first, Eurostar/Piling Machine, was limited to just 300 copies. It combined psychogeographical exploration and field recordings with Amiga-produced non-conformist breakcore and noise-abuse, while the second one, Total Destruction, became a classic of breakcore / noise crossover with several appearances on compilations such as Collision Course on PIAS (compiled by Kevin Martin, aka The Bug), but nevertheless fell into relative obscurity - like most of the great early breakcore - during the following decade.
Twenty years after the original 7”s, Praxis is proudly releasing a 12” with all four original tracks at the end of September 2018 with the catalogue number Praxis 56.