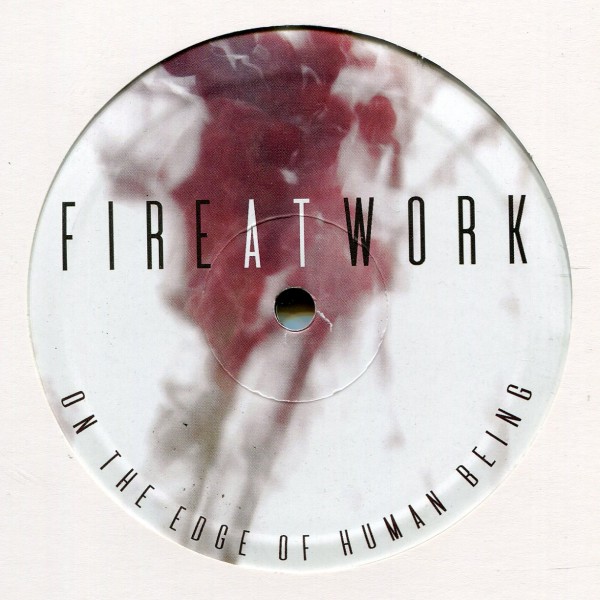 Description Evaluations 0
Description
The Human being is disappearing buried under the roles and timing of production and consumption,... more
Close menu
Product information "Fire At Work: On The Edge Of Human Being"

The Human being is disappearing buried under the roles and timing of production and consumption, sentenced to stand by the ultimate seriality and being unable to distinguish reality and fiction.

In a world constantly accelerating towards no direction, men become a resource, basically meat for algorithms. Just like the simplest gear, any man can easily be replicated and replaced while being confined to the borders of a stream of information where reality is motionless. Considering the current human condition from the relevant perspective of Fire At Work matured from its extensive counter-culture militancy. Sound and noise are an extreme proof of human intention, electronic music is the common ground to face the mechanism even before the machine.

This release tells about the post-industrial alienation without being a passive statement. The choice of the composition materials (piano, ghironda, urban soundscapes), as much as the organization, outline a well defined position, claiming the preminence of the human act, the choice and the imperfection to be opposed to the accuracy of automations, and the sterility of binary choices. It's an act of resistance to the mechanism itself, instead of the machine.

The side A floats between a Piano intro and a cinematic tail of ghironda and Crumar, shaping the body itself of the ep: R/WS, a deep obsessive piece, framed between glitches, carries heavy downtempo rhythm and obscure timbres. On the B side, RW/S gets reshaped by Dadub and Positive Centre, two remixes swinging between broken-techno and pure experimentation, a tribal decay that closes the ep recalling once again a condition that is primitive, ritualistic and restless.