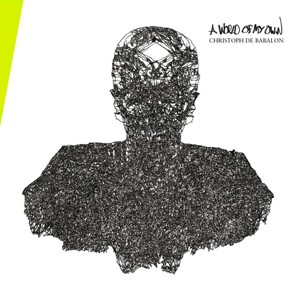 CHRISTOPH DE BABALON is known for tripping beats, dark wide spaces and eternal melancholy.
He released his first record in 1994 on Hamburg's cult-label Fischkopf. Right after his debut he began working with ALEC EMPIRE's Digital Hardcore Recordings (DHR) where he, besides a couple of other records released his most important work: the legendary album 'If You're Into It, I'm Out Of It'.
Also THOM YORKE of Radiohead is a big fan of Christoph de Babalon's music and invited him on a tour through southern europe in 2001. As co-founder of the music label Cross Fade Enter Tainment [CFET] he has been putting out records by influential electronic hardcore producers such as Somatic Responses, DJ Scud, Zbigniew Karkowski and Merzbow (to name but a few) since 1994.
In order to learn more effective production techniques and gather new experience, he began working on music for theatre productions, dance performances and film. In June 2008 he hooked up with Radiohead again to play the "Daydream" Festival in Barcelona and introduce ,,Scylla & Charybdis" (released in 2008 on CFET) to the public for the first time. It was a sunny day - but the sky turned dark during Christoph's set. (Text adapted from Christophs Soundcloud profile.)