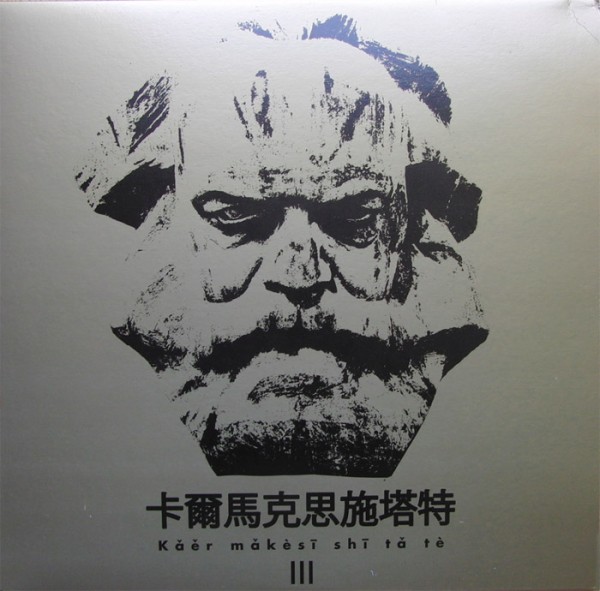 label info:
it took a while for the next release on sozialistischer plattenbau and a bit longer for the next karl marx stadt release. but here we are presenting the third release of karl marx stadt. remember? the first two appeared throu the mighty lux nigra from berlin and started as a kollective like compilation from folks from the city now called chemnitz from east germany. the second then was quite more a release by christian gierden who then became known throu this name karl marx stadt, he might also be known as part of the legendary society suckers. this release counts 19 unreleased tunes by him, covered in luxury gold printed cover and cutted by none else the lxc from leipzig. for the digital people there is a download code included. limited to 350 copies.

info: The common perception of dance music seems to be leading people to the conclusion that certain forms of open interpretation are unwanted; even forbidden on the dance floor, which in fact, they are not. Actually they are to be encouraged. This album seeks to encourage, to give it a fresh start, open your mind and hear new things in new ways. Twisting hundreds of sampled into the mix, A certain unheard sonic palette emerges setting the tone for a unique record, using every technique in his vast Arsenal of Sonic weapons, showing the youngsters some new tricks and the djÃ­s some twists and turns. If you like to sit down at home listening to music and talking about how beautiful music can be, this is your soundtrack. A selection of boundary-breaking electronic music has been compiled from the vault to expose the yet unheard side of Karl Marx Stadt. We hope you find it just as enjoyable and amazing as we do.