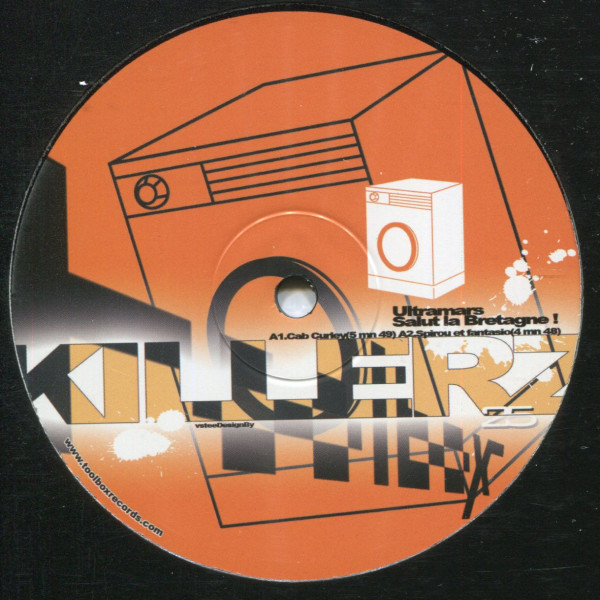 Four tracker by Ultramars in the Toolbox re-issue series Toolbox Killerz. On Discogs this record is referenced as Salut la Hollande! although it says Salut la Bretagne! on the label.

It is however not identical to the original Salut la Bretagne! record released on Mars Assault in 1998, only two of the four tracks are taken from the original. Also all the material is remastered.

Mars Assault big re-edit & repress of some bloody good tunes from mars Assult 01 and Mars Pictures. All tunes 2015 re-edited and re-mastered, with a nowaday louder cut. A Must Have for old shool Techno Tribe lovers !