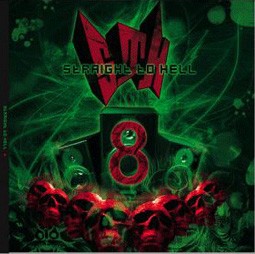 Xtractor rec label proudly present the second release on Vinyl. A split 16" between (8) and S.T.H.


Two killer tracks of the finest Colombian Drum and Bass. Front of hell by the talented producer David F, aka 8,


is a combination of hard industrial sounds with a technoid base, pumping subbass and banging snare.


Time curvature produced by Juanmanuel Medina and Ronald Davila aka S.T.H. is a more mental track with a solid beat and

powerfull neurofunk basslines. Bringing toghether for the first time on vinyl the talent of this two colombian producers

who in a way influenced the whole new generation of electronic music producers in their homeland.