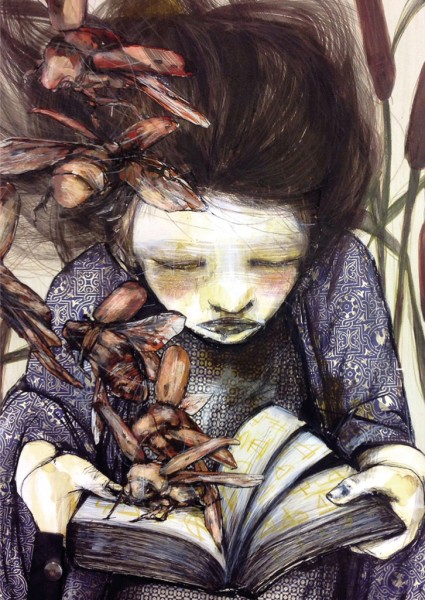 The Almanac for Noise & Politics 2016 is made up of a total of five sections that go into depth on some topics previously examined in datacide. Some of the texts have been previously published, some are new and exclusive or translations.

The first section compiles material about and by Nomex, noise artist and film maker, including a discography of his label Adverse.

The second section consists of two critiques of the Left from a communist point of view, one targeting the knee-jerk anti-Imperialism still prevalent in many sections of the Left, the other is an excerpt from a critique of anarchism by Luther Blissett.

The third section is concerned with our ongoing investigations and denouncements of far Right infiltration in popular culture. We see this as an integral part of antifascist activity. Featured here is the article From Subculture to Hegemony - Transversal Strategies of the New Right in Neofolk and Martial Industrial by Christoph Fringeli from datacide eleven.
Part 4 consists of an appraisal of the Vision label which I ran out of Basel, Switzerland in 1986-1992. The main text is an edited English translation of a contribution to the book Heute und danach by Lurker Grand and André P. Tschan, which appeared in 2012. As it is 30 years ago now that the first Vision appeared it makes sense to document this pre-history of Praxis, which was founded in 1992 after I disbanded Vision.
To illustrate this further and make a connection to the present we reprint Die Menschenhauttrommel (the human skin drum) by Alex Buess from the Vision zine Flash Team Report (Vision 18) from 1988.

The final part of this almanac is a catalogue of our exclusive titles, back issues of datacide and available books.