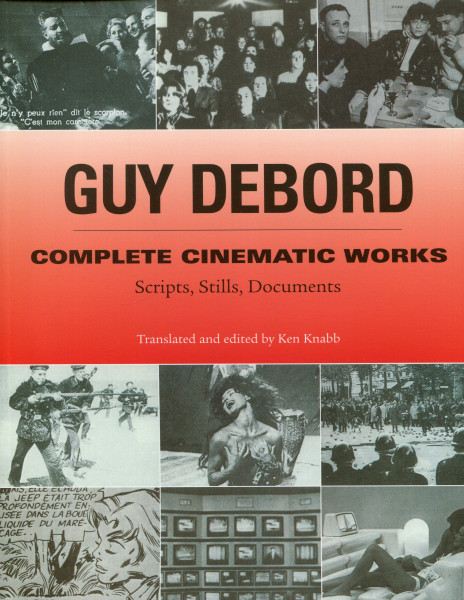 Guy Debord (1931-1994) was the most influential member of the Situationist International, the avant-garde group that triggered the May 1968 revolt in France. His book The Society of the Spectacle is by some considered the most important theoretical book of the twentieth century. But while Debord's written work is some of the most notorious in the world of political and cultural radicality, deemed "the cornerstone cliché of postmodernism," his films have until now remained tantalizingly inaccessible.

After being withdrawn from circulation for nearly two decades (by Debord himself, to call attention to the 1984 assassination of the producer of the films, Gerard Lebovici), all six films were featured in a special "Guy Debord Retrospective" at the 2001 Venice Film Festival and re-released in France in 2002.

Some of the other films evoke Debord's adventures in the bohemian underworld of Paris during the 1950s, and in others Debord attacks the film medium itself, directly challenging the viewer by critiquing the traditional separation of spectacle and spectator.

Ken Knabb's translation of Debord's Complete Cinematic Works accompanies the long-awaited English versions of these film.The scripts are illustrated with 62 stills, and Debord's own annotations help elucidate the subtleties of these astonishing works, which are like nothing else in cinema history.