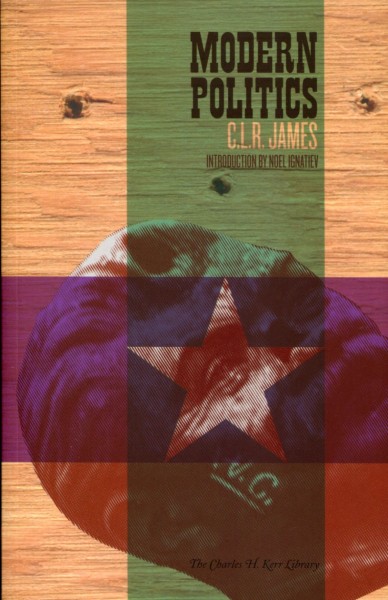 This product is currently not available.
Please inform me as soon as the product is available again.
€14.00 *

"Marxists envisage a total change in the basic structure of human relations. With that change our problems will not be solved overnight, but we will be able to tackle them with confidence. Such are the difficulties, contradictions, and antagonisms; and in the solution of them society moves forward and men and women feel they have a role in the development of their social surroundings. It is in this movement that we have the possibility of a good life." —C.L.R. James, from Modern Politics

This volume provides a brilliant and accessible summation of the ideas of left Marxist giant C.L.R. James. Originally delivered in 1960 as a series of lectures in his native Trinidad, these writings powerfully display his wide-ranging erudition and enduring relevance. From his analysis of revolutionary history (from the Athenian City-States through the English Revolution, Russian Revolution, and the Hungarian Revolution of 1956), to the role of literature, art, and culture in society (from Charlie Chaplin to Pablo Picasso, via Camus and Eisenstein), to an interrogation of the ideas and philosophy of such thinkers as Rousseau, Lenin, and Trotsky, this is a magnificent tour de force from a critically engaged thinker at the height of his powers. An essential introduction to a body of work as necessary and illuminating for this century as it proved for the last.

“When one looks back over the last twenty years to those men who were most far-sighted, who first began to tease out the muddle of ideology in our times, who were at the same time Marxists with a hard theoretical basis, and close students of society, humanists with a tremendous response to and understanding of human culture, Comrade James is one of the first one thinks of.” —E.P. Thompson

“C.L.R. James is one of those rare individuals whom history proves right.” —Race Today

"C.L.R. James has arguably had a greater influence on the underlying thinking of independence movements in the West Indies and Africa than any living man.” —Sunday Times

“It remains remarkable how far ahead of his time he was on so many issues.” —New Society

“C.L.R. James has a special place in the history of Third World revolutionary movements. He combines Caribbean nationalism, Black radicalism, a once Trotskyist blend of revolutionary anti-imperialism, and the European classic tradition in an individual and potent mix. A mine of richness and variety.” —Times Educational Supplement

In the West Indies, C.L.R. James is honored as one of the fathers of independence. In Britain he is feted as a historic pioneer of the black movement. He is generally regarded as one of the major figures in Pan-Africanism, and a leader in developing a current within Marxism that was democratic, revolutionary, and internationalist. His long life and impressive career played out in Trinidad, England, and America. For the last years of his life, he lived in south London and lectured widely on politics, Shakespeare, and other topics. He died there in 1989.

Noel Ignatiev wrote How the Irish Became White, recently reissued as a Routledge Classic. He co-edited Race Traitor, and edited A New Notion: Two Works by C.L.R. James. He teaches at Massachusetts College of Art and Design.

See and hear author interviews, book reviews, and other news on the Author's Page HERE and Noel IgnatievHERE