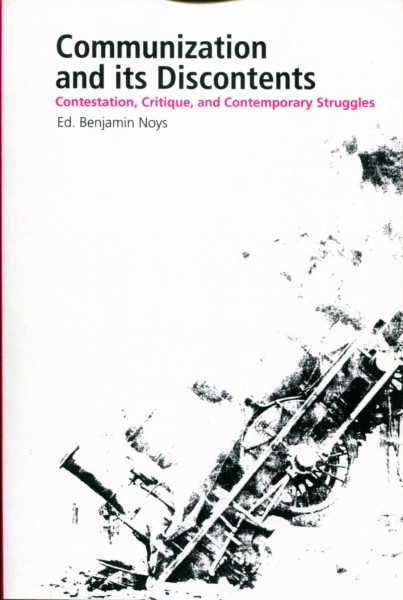 Description Evaluations 0
Description
Can we find alternatives to the failed radical projects of the twentieth-century? What are the... more
Close menu
Product information "Benjamin Noys (Ed.): Communization and its Discontents"

Can we find alternatives to the failed radical projects of the twentieth-century? What are the possible forms of struggle today? How do we fight back against the misery of our crisis-ridden present?

"Communization" is the spectre of the immediate struggle to abolish capitalism and the state, which haunts Europe, Southern California, and wherever the real abstractions of value that shape our lives are contested. Evolving on the terrain of capitalism new practices of the "human strike," autonomous communes, occupation, and insurrection have attacked the alienations of our times. These signs of resistance are scattered and have yet to coalesce, and their future is deliberately precarious and insecure.

Bringing together voices from inside and outside of these currents Communization and Its Discontentstreats Communization as a problem to be explored rather than a solution. Taking in the new theorisations of Communization proposed by Tiqqun and The Invisible Committee, ThÃ©orie Communiste, post-autonomists, and others, it offers critical reflections on the possibilities and the limits of these contemporary forms, strategies, and tactics of struggle.