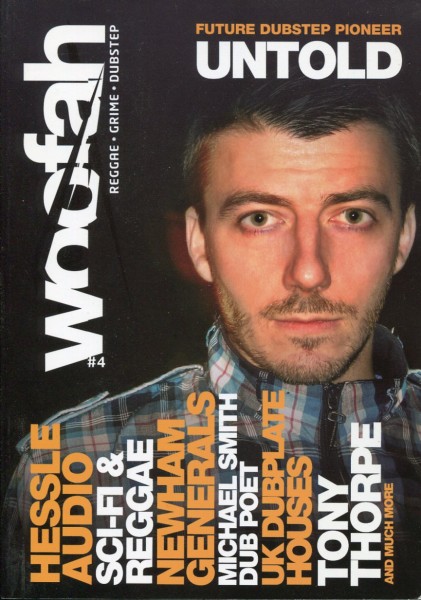 Contents this time include:

* Tony Thorpe: Major interview with this UK Bass legend - from 400 Blows
to the KLF to dubstep

* Who Killed Michael Smith?: The tragic story of the legendary dub poet, with contributions
from Linton Kwesi Johnson and Dennis Bovell

* Young Warrior and Joe Ariwa: The sons of Jah Shaka and Mad Professor on the
next generation of UK Dub

* Sci-Fi and Reggae: Rastas in space, reggae producers looking to the stars…

* The last days of Studio One: Ron Vester, Studio One’s official photographer, talks
to us about his time with Coxsone Dodd

* Dubkasm: Teachings in Dub by way of Bristol and Brazil

* YT: In depth look at the Born Inna Babylon album

* Memories of Eek A Mouse

NO pdfs or downloads - printed version only!