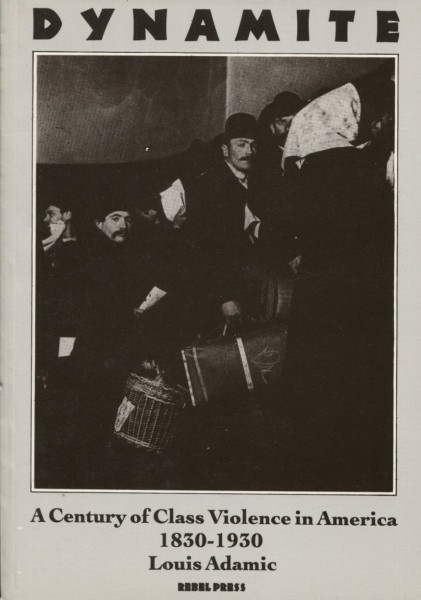 This product is currently not available.
€8.00 *

Description Evaluations 0
Description
This is the Rebel Press version published in 1984 " Dynamite  harkens back to an era of... more
Close menu
Product information "Louis Adamic: Dynamite - A Century of Class Violence in America 1830-1930"

This is the Rebel Press version published in 1984

"Dynamite harkens back to an era of American capitalism a little less glossy, a little bloodier, and with striking parallels to today."--Feminist Review

Labor disputes have produced more violence over a longer period of time in the United States than in any other industrialized country in the world. From the 1890s to the 1930s, hardly a year passed without a serious—and often deadly—clash between workers and management. Written in the 1930s, and with a new introduction by Mike Davis, Dynamite recounts a fascinating and largely forgotten history of class and labor struggle in America’s industrial beginnings.

It is the story of brutal exploitation, massacres, and judicial murders of the workers. It is also the story of their response: when peaceful strikes yielded no results, workers fought back by any means necessary.

Louis Adamic has written the classic story of labor conflict in America, detailing many episodes of labor violence, including the Molly Maguires, the Homestead Strike, Pullman Strike, Colorado Labor Wars, the Los Angeles Times bombing, as well as the case of Sacco and Vanzetti.

Louis Adamic emigrated from Slovenia when he was fifteen years old and quickly joined the American labor force. The author of eleven books, he is now recognized as a great figure in early twentieth-century American literature. He was found shot to death in a burning farmhouse in 1954.