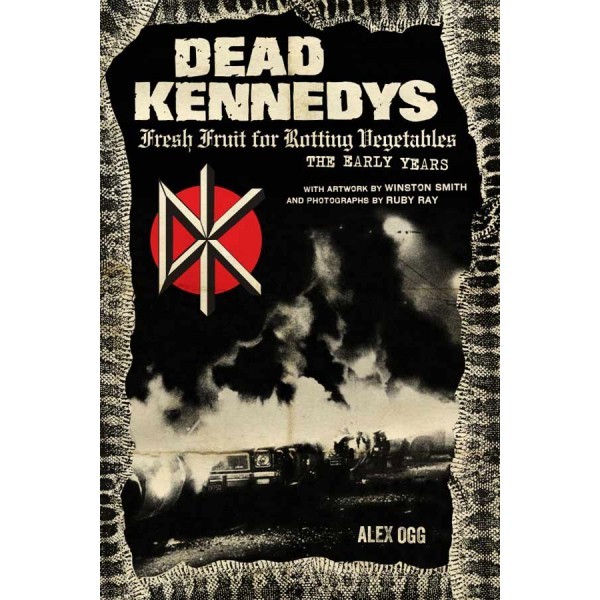 Dead Kennedys routinely top both critic and fan polls as the greatest punk band of their generation. Their debut full-length, Fresh Fruit for Rotting Vegetables, in particular, is regularly voted among the top albums in the genre. Fresh Fruit offered a perfect hybrid of humor and polemic strapped to a musical chassis that was as tetchy and inventive as Jello Biafra’s withering broadsides. Those lyrics, cruel in their precision, were revelatory. But it wouldn’t have worked if the underlying sonics were not such an uproarious rush, the paraffin to Biafra’s naked flame.

Dead Kennedys’ continuing influence is an extraordinary achievement for a band that had practically zero radio play and only released records on independent labels. They not only existed outside of the mainstream but were, as V. Vale of Search and Destroy noted, the first band of their stature to turn on and attack the music industry itself. The DKs set so much in motion. They were integral to the formulation of an alternative network that allowed bands on the first rung of the ladder to tour outside of their own backyard. They were instrumental in supporting the concept of all-ages shows and spurned the advances of corporate rock promoters and industry lapdogs. They legitimized the notion of an American punk band touring internationally while disseminating the true horror of their native country’s foreign policies, effectively serving as anti-ambassadors on their travels.

The book uses dozens of first-hand interviews, photos, and original artwork to offer a new perspective on a group who would become mired in controversy almost from the get-go. It applauds the band’s key role in transforming punk rhetoric, both polemical and musical, into something genuinely threatening—and enormously funny. The author offers context in terms of both the global and local trajectory of punk and, while not flinching from the wildly differing takes individual band members have on the evolution of the band, attempts to be celebratory—if not uncritical.

“We have a sense of humor and we’re not afraid to use it in a vicious way if we have to. In some ways, we’re cultural terrorists, using music instead of guns.“
—Jello Biafra, Dead Kennedys

“It was obvious that DKs weren’t just another band that was gonna come and go. They were something special. Biafra was an absolute talent. And he had a band behind him that were tight and good.“
—Howie Klein, concert promoter, disc jockey, and record label executive

“One day, this kid from my social studies class brought in a cassette tape of Dead Kennedys’ Fresh Fruit for Rotting Vegetables and I listened to it and my life was changed completely.“
—Adam Gierasch, film director

“One of my favorite rock ’n’ roll memories is of an after-party during DKs’ first visit to Seattle. Recognize that bands like this for me—these actual guys being at a party in the same house that I was in—was like being in the presence of Led Zeppelin or Kiss.“
—Duff McKagan of Guns ’n’ Roses

“My education was punk rock—what Dead Kennedys said . . . It was attacking America, but it was American at the same time.“
—Billie Joe Armstrong of Green Day

Alex Ogg is an author and journalist specializing in music. His work has appeared in newspapers including The Times and The Guardian, numerous magazines, and websites. His books include The Art of Punk (an Independent newspaper book of the year 2012) with Dr. Russ Bestley, Independence Days, No More Heroes, and The Hip Hop Years. He is a regular speaker on TV, radio, and at literary events. He has lectured at several universities and currently edits the academic journal Punk & Post-Punk. He lives in London with his partner and two children.

Punk art surrealist Winston Smith, a master of “hand-carved“ collage, has been crafting his thought-provoking art since the 1970s. Smith first became known for his collaborations with punk legends Dead Kennedys and his numerous album covers, inserts, and flyers for the band in their formative years. His technique of cutting out by hand and gluing each individual element has inspired a generation of artists. His published collections include Act Like Nothing’s Wrong, Artcrime, and All Riot on the Western Front.

Born in New York, Ruby Ray migrated to San Francisco in the mid-1970s. She entered the underground scene while working at Tower Records in North Beach. When she acquired her first camera, she quickly turned it into a weapon. Ray shot using a Nikon FM and Tri-X 400 film, the fastest film of its time. While documenting new bands and people for Search & Destroy magazine, she wielded her lens like many young DIY artists were brandishing guitars—bold, carefree, and absolutely necessary. Ray’s photos have been collected in the book From the Edge of the World: California Punk, 1977–1981.

Click here for one-page information sheet on this product