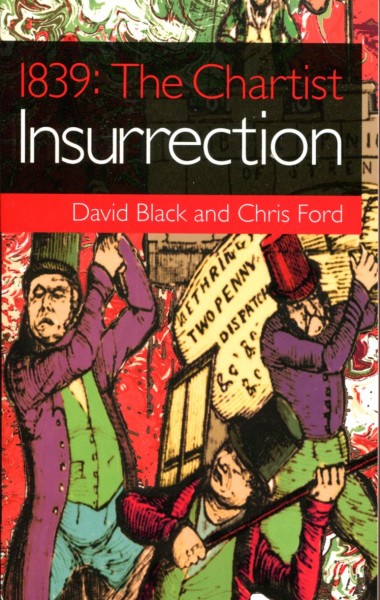 Description Evaluations 0
Description
Those elements or key events in Labour movement history that have not conformed to the theory of... more
Close menu
Product information "David Black and Chris Ford: 1839 - The Chartist Insurrection"

Those elements or key events in Labour movement history that have not conformed to the theory of the ineluctable evolution of the movement into a party committed to peaceful constitutional reform have been either written out of history altogether or relegated to mere historical footnotes. Often they are portrayed as deviations at best irrelevant to or, worse still, hindering the progress of effective working-class political representation.

Those historical actors or movements that in Britain explored or attempted other routes to political change are generally considered condescendingly as primitives or patronisingly as naïve as soon as they ventured down the path of physical force or large scale resistance associated with Revolution rather than Reform.

Consequently, in most histories of the British Labour movement the story of the Chartists has focused on the large-scale mobilisations of petitioners, the development of mass-circulation radical newspapers for working people and the promulgation of the tactic of the general strike, the ‘sacred month’ or ‘big holiday’. The Newport Uprising and other attempts to use physical, as opposed to moral force have been, if not hidden from history, then at least pretty heavily disguised.

With its meticulous attention to detailed sources, its comprehensive scope and its exacting research, this book doesn’t just address the neglect of this important and interesting episode in Labour movement history, but more importantly it also challenges us to think again about the revolutionary potential of the British Labour movement.
By challenging the prevailing hegemony relating to the events and significance of 1839, this book assists us greatly in understanding the potential for future challenges to the system.
John McDonnell MP, Foreword

In retrieving the suppressed history of the Chartist insurrection, David Black and Chris Ford have written a revolutionary handbook. Without romanticism or condescension, they track the difficulties of unifying local revolts without selling out to the ‘representative politics’ favoured in the parliamentary charade. As today’s anti-capitalism faces the problem of anger without organisation, the lessons of the Chartists become crucial. Dialectics is not something to be derived from pure philosophy: by looking at the political problems of an insurgent working class, Black and Ford resurrect the true One-to-Many dialectic.
Association of Musical Marxists