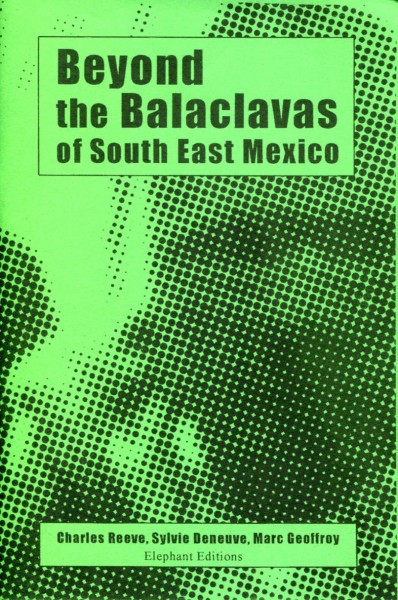 In the Golden Age of 'actually non-existing socialism' journeys were organised to the countries of the radiant future. Believers were then invited to express their enthusiasm for a reality staged by the lords of the manor. In this way people visited the soviet socialism of the USSR, the Maoist socialism of China, the miniature socialism of Albania, the bearded socialism of Cuba, the Sandinista socialism of Nicaragua, etc. Woe betide those who contested the objective, scientific and unquestionable character of these fabricated realities. Until the day these systems collapsed. People thought they had seen but had seen nothing! Were lessons drawn from this? It would seem not! With a smile slung over their shoulder, people today again go off "to do revolutionary Chiapas" in convoys organised by fellow travellers of the Zapatistas. On a well-signed route, people have to agree to see only what they have to see and to believe in the leader's words. The irrefutable argument hasn't changed one iota: because the imperialist forces are threatening and the people are defence-less, we can only put our trust in commanders. In a world in crisis the demands for the future are revised downwards! People make themselves the advocates of realism - they give in to the essential and side with new oppressive projects.

The groups of revolutionary tourists, seduced by the exoticism of the unique Indian culture 2, are incapable of giving out any information or direct account of what is happening in the Mexican countryside: about the occupations, the forms of organisation chosen by the peasants in struggle, their objectives and political perspectives. They are also incapable of expressing the slightest critical element which could enable us to deepen our knowledge of the avant-garde organisation running the armed struggle.

Was it simply the evocation of Zapata's name and the memory of a "Mexico Above the Volcano" which was enough to mobilise people? How come they can throw themselves naively in support of a movement which is a vehicle for the values of ethnic identity and patriotism, which are nowadays at the heart of the most barbaric tendencies in the world? Those who have more radical pretensions about the world can only justify their solidarity with this Zapatista army of national liberation in the name of the tactics of circumstance. It's in this way that, in the name of tactical support, people consider as acceptable for others what is unacceptable for themselves!

Rather than let the charms of the balaclavaed Saviour lull us to sleep, wouldn't it have been better to analyse what is new in this type of old organisation?