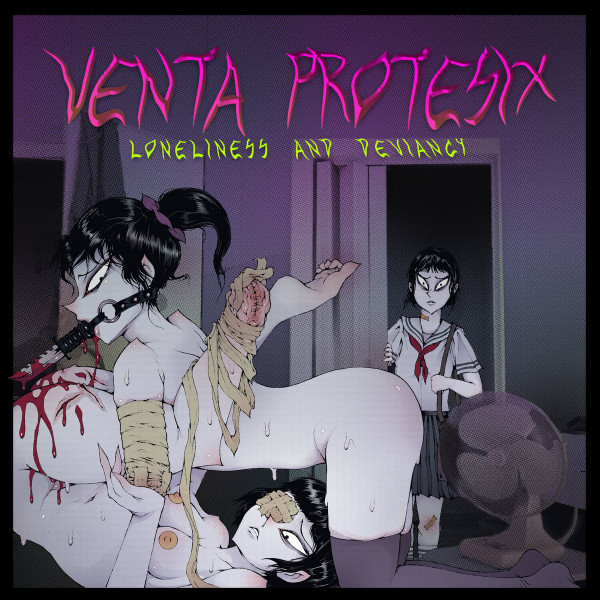 mint and still sealed, but slight damage at two corners

What happened to Venta Protesix? In this new album, the sound seems completely different from his previous works out for Urbsounds. It looks like Venta Protesix is back to forge, with the help of his laptop, those sounds that were part of his early works of 2007-2008. In Loneliness And Deviancy, the incommunicability permeates the atmosphere of this new album. You will find it hard to track down his anger and his unlistenable noises in tracks like Staring At The Flowing Lukewarm Water or Dreaming Of An Artificial Hymen. At the same time, in Emotionless Intercourse Part 1 or in Morning Depressive Anxiety you will feel like you've been thrown into aseptic cybernetic rooms where there is no physical contact and no words between humans. But don't get fooled, because after listening to this album you'll find out that Venta Protesix is ready to inject you other doses of cold binary codes transposed into the domestic noise of one laptop. Tracks like Victim Of Online Narcissism or the draining and exhausting final part of Emotionless Intercourse Part 2 testify as to that. We are in front of the most intimate work of this strange laptop noiser from the South of Italy.