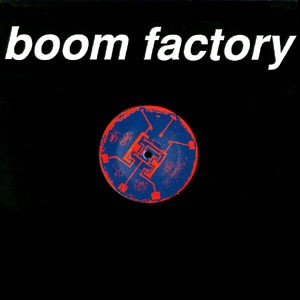 This product is currently not available.
€2.00 *

Boom Factory were a Australian/British/German industrial Hip Hop crew who had released a pretty good 12" on IN9 titled Taste The Lash. This and a demo with more tracks and being friends with one of the members who used to be in Normil Hawaiians brought us to record and release this 12" on Vision. The band however had decided to go into a more funky direction - which wasn't the strength of the label. The resulting record could have been a lot stronger and despite some media attention and a German tour with well received shows the project went under soon after. As I still have copies lying around I thought I might list them at a throwaway price rather than still sit on them in another 15 years ;-)