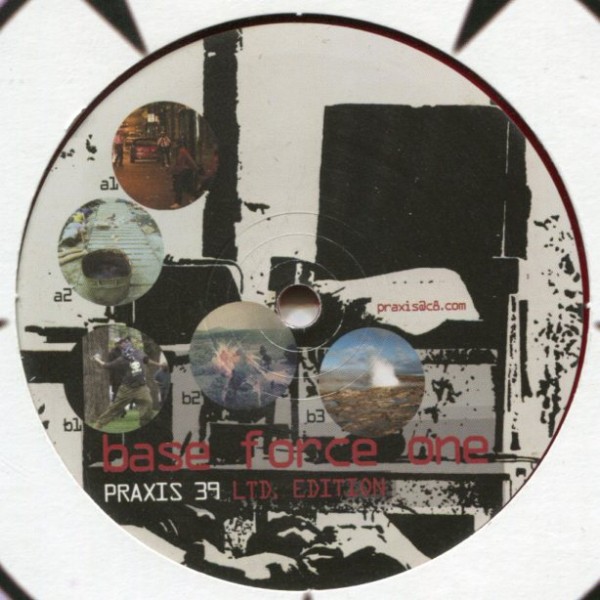 Finally released is a five tracker by Base Force One titled Dynamite & Fire 2000-2004.
The original white label from 2004 had a technical defect, so the b-side had to be re-cut.
These are slightly older tracks, mostly from around 2001, so they were mostly produced between Welcome to Violence and Expenditure of Excess Energy.
The EP starts off with ferocious breakcore sampling an eyewitness report from the riot in Cincinnati in that year. This track was also on the Wasted festival compilation CD.
Next up is an expedition into the jungle of Guayana where kool aid, free jazz and acid are mixed into a deadly concoction, with the Rev. Jim Jones on the mic.
First on the B-side is a "dubplate" mix of "The Hate that Hate Made". I decided to include this slightly lower-fi rough mix as the sequencer file was corrupted and I would have had to re-make the whole track. This is the oldest trrack on the record.
Next are 2 more experimental pieces, first a heavy grinding one with unexpected tempo change and low bass, then a more peaceful slower track, not without disturbances.
The first edition is on red vinyl and is limited to 500 copies, VERY FEW COPIES LEFT!!