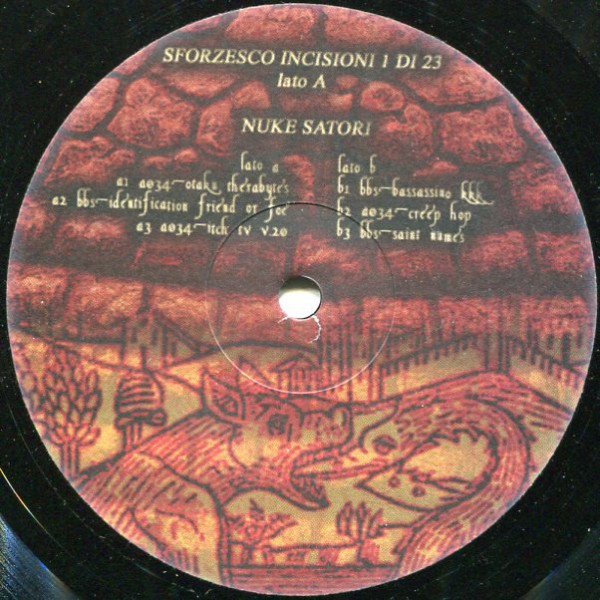 This was supposed to be the first in a series of 23 records, but strangely it remained the only release, so presumably the ritual was never quite finished...

Which is a shame really this record is actually quite good - the only minus would be the slightly low fi sound - Produced by A034 and BBS, the latter crops up again on the much more recent (and brilliant) record by A034 on Monkey Tool as a guest on one track!