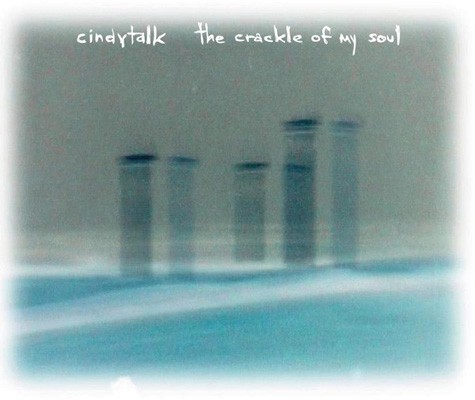 Description Evaluations 0
Description
cindytalk  the crackle of my soul  (2009) Cindytalk have been in existence as a band... more
Close menu
Product information "Cindytalki: The Crackle Of My Soul"

Cindytalk have been in existence as a band since 1982 with transgendered Gordon Sharp as its one constant. Beginning with a heavily European-influenced post-punk sound, Sharp appeared on some of the early records by the 4AD ethereal umbrella project This Mortal Coil. They moved quickly and quietly towards a more fractured ‘ambi-dustrial’ feeling and over the last two decades have released sound sporadically as well as becoming involved in sound-system culture. To be honest, I had lost track of their movements until The Crackle of My Soul landed on my doorstep last month, so I had no idea what to expect barring the unlikelihood of this being a commercial endeavour giving the album’s release on Editions Mego. And what an astoundingly shocking and beautiful band they have become. Crackle sounds like pop music at the absolute extremes of the sonic margins. ‘Signalling Through the Flames’ encroaches slowly around you – something like a glitching bell hovers for a minute before fragmented static eerily creeps into view. Further unidentifiable layers of sound slowly join this ritualistic loop until it dawns that somehow this is still pop music. As you adjust to the strangeness of its unfolding, every layer becomes a refrain, becomes a hook. For all its abstractness though the record is never less than… human.

…UNTIL IT DAWNS THAT SOMEHOW THIS IS STILL POP MUSIC.

Cindytalk are a band though and repeated listens give an indication of this although it’s impossible to discern the physicality of the sound sources – it feels both played AND sculpted. Closing track ‘Debris of a Smile’ reveals the most: just rain and cracked piano for several minutes before things take a turn for the strange with whispered tweaked voices, shards of ungraspable sound, and digital detritus. The absolute highlight though is ‘Our Shadow, Remembered’ which is one of the most downright eerie things I’ve heard in a long long time. What feels like an internal exotica – abrasive with strange electricity, Sharp’s genderless voice begins to materialise out of nowhere seductively (and destructively) serenading “come here” over and over. The Crackle of My Soul is just that – the inner landscape of the soul breathing through weird electricity.

by Jonny Mugwump for The Quietus.

Tracklist :
+ Signalling Through The Flames
+ Of Ghosts And Buildings
+ Maglev
+ Troubled Aria
+ Our Shadow, Remembered
+ Feathers Burn
+ One Hundred Years Tomorrow
+ Transgender Warrior
+ If We Meet, We Meet In Silence
+ Debris Of A Smile