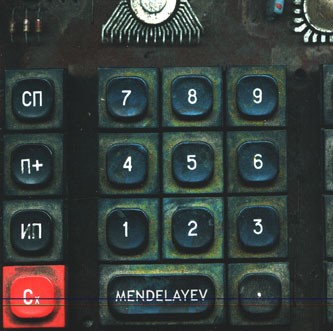 This product is currently not available.
€8.00 *

Second album of Russian idmdrill'n'bassdrum funk project - Mendelayev. Very quality, catchy & awesome tunes. this release will blow up the scene. Mendelayev (Mikhail Kazanok) is well-known in Russia and abroad as a soundproducer and sound engineer, who writes all kinds of electronic music. His first album was out on Art-tek Rec. in 2003, becoming one of the first russian drill'n'bassidm LP's. This album was highly praised by music press, soon Mendelayev became one of the most famous russian experimental artists, playing live at various clubs across the country. Mendelayev's second LP is scheduled on Asidsamovar and is composed of his best drumfunk, drill n bass, breakcore and IDM tracks. Apart from Nendelayev, Mikhail plays in a lounge band Sky Residents and other side-projects. visit Mendelayev at myspace: http://www.myspace.com/mendelayevbeats