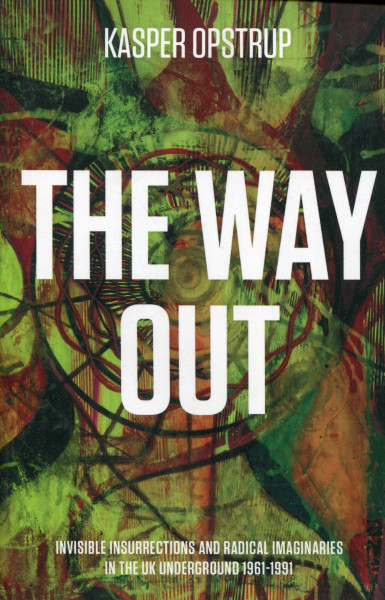 This product is currently not available.
Please inform me as soon as the product is available again.
€20.00 *

Description Evaluations 0
Description
A counterculture history of art and experimental politics that turns the world inside out... more
Close menu
Product information "Kasper Opstrup: The Way Out"

The Way Out examines the radical political and hedonist imaginaries of the experimental fringes of the UK Underground from 1961 to 1991 By examining the relations between collective and collaborative practices with an explicit agenda of cultural revolution, Kasper Opstrup charts a hidden history of experiments with cultural engineering, expanding current discussions of art, medias, politics, radical education and the occult revival. Even though the theatres of operation have changed with the rise of the Internet and a globalised finance economy, these imaginaries still raise questions that speak directly to the present.

Contained within these imaginaries is a new type of action university: a communal affair that would improvise a new type of social relation into existence by de-programming and de-conditioning us without any blueprints for the future besides to make it happen. Instead of being turned upside down, the world was to be changed from the inside out.

Bio: Kasper Opstrup is a writer and researcher of radical culture, specialising in concatenations of art/literature, radical politics, and occultism as counter-culture and underground phenomenon. Currently he is working on a book examining aesthetic undercurrents of mystical utopianism from surrealism to the contemporary tentatively called An Imaginary Kingdom in the Wastelands of the Real – on Art, Esotericism and the Politics of Hope.